journalism
The Guardian is still my calling card, which is weird as I haven't written for them since March 2016 (long and sorry story). I started with them as a music writer, reviewing albums and pop(-ish) gigs, became a sub-editor, then reviews editor and deputy arts editor, and finally one of their freelance arts writers specialising in music and theatre. Here's my Guardian page.

What won't come up is the stuff I commissioned as deputy arts editor: some things I'm particularly fond of are Emma John's piece tracing the making of Shunt's Tropicana; Will Oldham and Bonnie Prince Billy writing about each other; a whole series on “political theatre” (um....), of which this piece by Biyi Bandele was probably my favourite; and this absurdity in which theatre producers and architects reimagine the West End, published on the less-than-auspicious date of 7/7/2005.


I still do bits of journalist-ish writing about theatre for Run Riot, and write programme notes on commission (for instance, this for the Orange Tree Theatre). In 2014 I created and edited a magazine for LIFT.

I'm also part of Caridad Svich's editorial team for the Backpages section of Contemporary Theatre Review, which has published articles by me on Ponyboy Curtis, Greyscale, Shon Dale-Jones and more.

Since writing a behind-the-scenes feature for the Guardian about the National's production of Every Good Boy Deserves Favour, I've been less interested in the conventional ways of previewing/reviewing theatre as though it were a product, and more interested in dialogue with the process. I like to think of it as disrupting criticism by finding out how the form of the writing can reflect or honour the form of the performance itself. I do this a lot with Exeunt: not everything works, but that's part of the experiment.

I'm also interested in the expanding territory of direct commissions from theatre-makers and producers to interview them about or reflect on their work, and have worked with Sylvia Rimat, Paula Varjack, the In-Situ network and China Plate's This Is Tomorrow residency in this way.

I lead writing workshops, encouraging writers to look at but also beyond the formats for reviewing prevalent in mainstream media, feeding them reviews by bloggers and encouraging them to write more inventively. I've done these on the invitation of Cambridge Junction, the Collaborative Touring Network, Fuel and LIFT (a group that included Tim Bano, who now reviews for the Stage, among others; and Jessie Thompson, who now writes for the Evening Standard).

With producer Jake Orr, I've also created a workshop for the Independent Theatre Council called Get the Best from the Press, which looks at alternative routes to media coverage.

These relationships with theatre-makers, companies and festivals are more long-term, and often result in projects that sit alongside a production, telling a story of its making or opening different portals into it. Work so far includes:
I also have critical-friend relationships with:
fanzines
When I'm feeling whimsical (albeit in a rambunctious kind of way) I make hand-written, photocopied, quick-response fanzines. If you'd like a copy, please get in touch (maddy[at]welcometodialogue[dot]com). 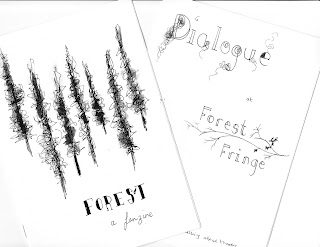 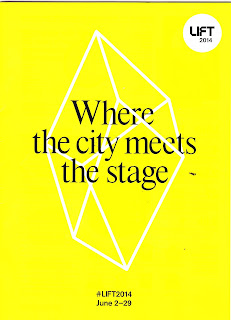