My head is swimming with stuff I want to write about here: X the Hofesh Shechter show I saw at Sadlers on Saturday night; the lemon/rosemary/olive oil cake recipe I'm tinkering with; my slow surrender to Deerhunter (Halcyon Digest plays as I write). X I feel rather guilty for not buckling down, but all available time, and even a lot of unavailable time, has been consumed for the past few weeks by two things: preparing for the Actionettes' gig at Vintage on Saturday 30th July and the art course I've been doing at Morley.

Actionettes first: we're making new frocks for the occasion and so far mine is going disastrously. Tonight I cut out my third attempt at the lining: thank the stars I didn't go straight in with the actual fabric (spangly black paisley – looks better than it sounds) because I'd have run out by now. I just can't seem to get a bodice pattern right any more; or, as my husband gently pointed out, I've simply become fussier about fit since doing a pattern-cutting course earlier this year. We're also learning a new dance, the brilliant work of Miss Silhouette, to this song:

So that's all busy busy. And then there's Morley. I've been aching to start painting again for years and finally hit a point of such agonised frustration that I signed up for their pre-foundation in art course. Essentially it's a portfolio builder/introduction to the basic disciplines: I went thinking I might get stuck back in with oil paints, but instead have been wrestling with chicken wire and discovering what effects you can achieve by mixing charcoal with PVA. It's been exhilarating, infuriating, challenging and absorbing; I haven't much liked anything I've made, but it hasn't mattered because – cliche alert – I've loved the process, passionately. 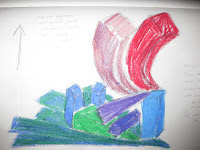 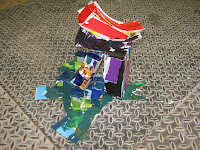 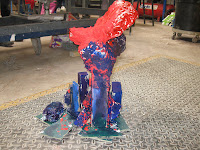 The final two weeks of the course are going to be spent preparing for and mounting our debut exhibition, open from July 29-August 4, in Morley's Landing Gallery, which sounds almost grand until you visit the space itself: two corridors separated by a flight of stairs, in the characterless depths of the building, with no space for 3D work and a sterile glare to the lighting. Still, we all have to start somewhere. Not that I know what I'm starting, or where I'm going. Until my smallest small person is a bit less small, I don't feel I can carry on with the studying; I have grand plans to continue making work at home, but fear that without the imposition of structured deadlines it might fall by the wayside. Ot maybe it's the validation that the course provides that I need. One thing I do know is that I don't want to feel that agonized itching in my heart any more. Starting to write here calmed it a little; Morley has soothed it a little more. 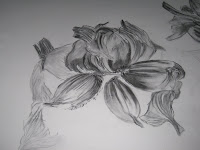 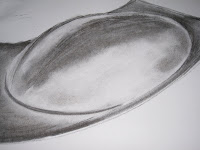 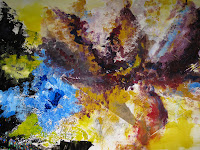 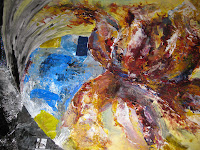 Before I go, here's something lovely from Deerhunter:
at 10:04 pm